Hi all! I just finished this quick image ready for Halloween. Here is a little break down of how I made the pumpkins...


....I first started with a sphere that I made into a pumpkin like shape. 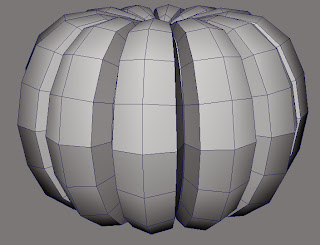 Then I created a simple face from a section of the pumpkin - keeping the border edges intact. 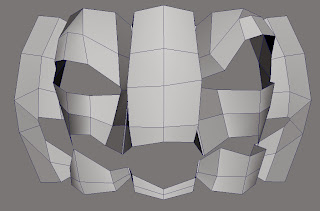 Afterwhich I made some simple extras. The inside of the pumpkin was just the main shape reduced in size, border edges snapped to original and normals reversed. The stem was created from maya polygon pipe (the pipe is used as it has a natural bend already). I simply altered the base to match that of a pumpkins and gave it a fancy twist to match the character of the pumpkin. 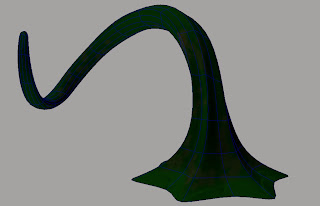 Then i took the main shape into Mudbox. After some sculpting using the sculpt tool in conjunction with stencils, the wax tool to add shape and a fleshy feel to the model I extracted high and low versions of the model. 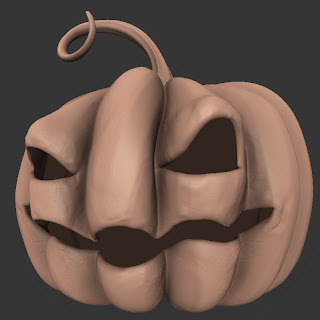 Using xNormal, I baked out a normal and ambient occlusion pass. The normal map plugs directly into the model in maya, whereas the AO map is used in photoshop to add detail to the texture. I painted in imperfections, bumps, scrapes and decay into the colour map. 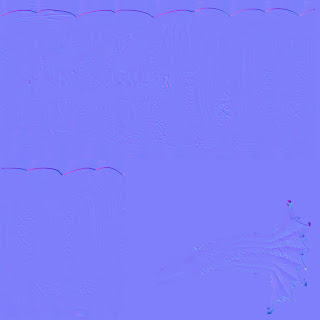 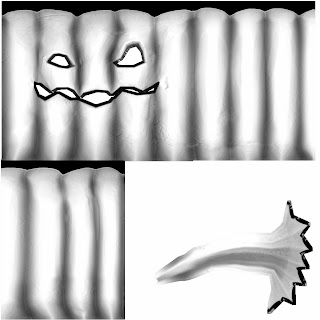 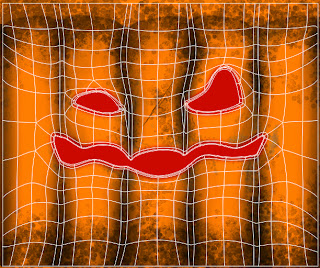 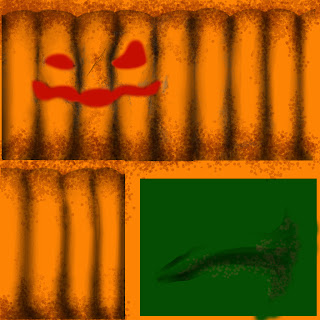 I also generated a spec map from the AO and colour maps. I also painted in other details, as the other maps should not be relied on to be generated into a spec. 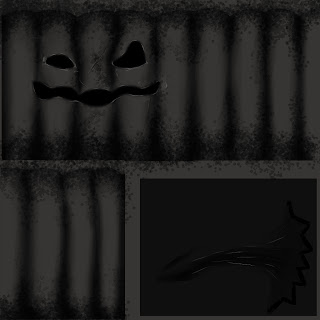 Now all of the generated maps come into one. I add glow and bump maps to the insides of the pumpkin, the bump in this case is a fractal node. 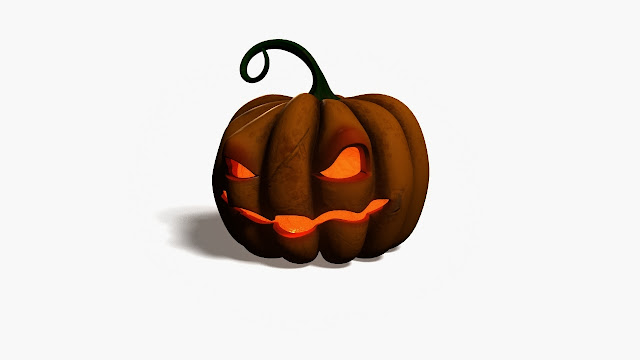 Now that my little pumpkin is ready to render he needs some company! I duplicated the main pumpkin shape and its stem four times then using the lattice tool altered the mesh so I have four new alterations.

The lighting in the scene is very simple. A set of point lights used for the main head only, one to highlight it against the other pumpkins and another to generate glow inside the mouth. I also had another point light to illuminate the scene and a direction for rim light.

Lastly I used the mia_exposure_photographic node on the lens of the camera. This is mainly used to control the gamma, but is good for controlling the levels of lighting in the scene.