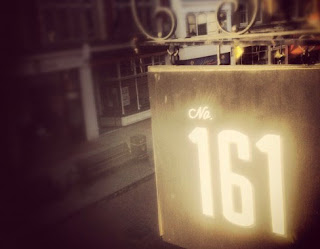 Hey all, I will be exhibiting some of my animations that I have made over the years at an event in Rochester this coming Saturday at 2pm.

The venue at 161 Rochester high Street is an up and coming hub for all things creative, run by a team of art and entertainment enthusiasts. Hopefully it will be full of fun art lovers! If you would like to come along it would be cool to see some friendly faces - it is free entry and donations accepted on the door.

The venue is an old bank that is used to rent out studios and general work spaces. It is situated at the Star Hill end of Rochester High Street, next to Charlotte's Bar.

The event is organised on facebook by Creatabot, who have a huge input of art around medway. If you have facebook, check out the event.

The other people I will be showing off my work with are:

"With a passion for the Gothic, the macabre and the downright odd, Emma Windsor specialises in stop-motion, embracing many techniques including pixilation and timelapse. Hailing from Gillingham, she studied for a masters degree in Time Based Media at the Kent Institute of Art & Design, Maidstone where she locked herself in a dark room for a year and began her journey into the weird and wonderful world of stop-frame. She collaborates with many other local artists to produce work under the umbrella of 'White Rabbit Animation' and can often be seen (but not heard) ferreting through the Kent countryside, armed with only a camera and audio recorder."

"Uglyboy London are a creative trio formed from uni days way back in 2003. Since then, as a collective and as individuals, we have worked extensively within the areas of illustration, advertising and moving image.The video for Conquer the World stems from the song's solid continuous beat. That really stuck in our minds, so from there we created an infinite shot - no cuts, just continuous scrolling through ever changing environments. We wanted to create something that was really rich so that each time you watched it you'd spot something new."